As a slight update, I got a Commodore 1571 disk drive along with the C128 I bought for spare parts. I really didn't care much whether it worked or not. I figured worst case scenario was I could use the case for something. When I first tried to use it, it did not work, so I pretty much set it aside to work on my other projects. I was casually reading some stuff online about WiModems for C64 and C128, I came across someone who said, if you have a WiModem plugged into your C128, you 1571 will not function. Apparently the WiModems grab a data line the 1571 needs. Well, it so happens that I did in fact have my WiModem plugged into my C128 when I tested the disk drive. I pulled the WiModem out and hooked up the 1571 and the bastard actually worked. I was even able to boot to the CP/M disk that came with the bundle. 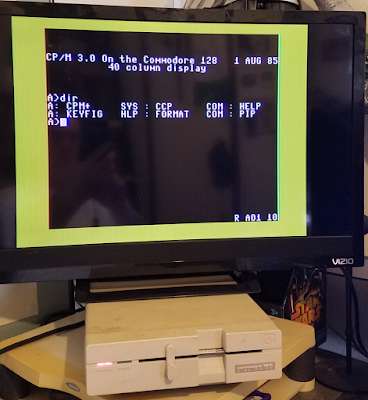