This week Steve Jackson Games released the PDF's of its newly revised game, The Fantasy Trip. These PDF's are basically beta releases they put up for downloads for those who backed the Kickstarter campaign. They are collecting feedback to fix any issues before they send it off to the printers. I skimmed through the PDF's and then printed them out, while I do not mind PDF's, if I am going to be sitting down and reading a game book(s) from cover to cover, roll up some characters and then write a short adventure, having a printed copy on hand is nice.

First a bit of background, back in the late 70's Steve Jackson (Steve) worked for a company called Metagaming Concepts, they published inexpensive little wargames, that were cheap and quick to play. This is where Ogre got its start. While there, Steve wrote a game called Melee, a nice little game for simulating man to man arena combat, like their other games, it was small, cheap and easy to play. He followed up with Wizard, which simulated magical arena combat. It did not take them long to figure out that this could easily be leveraged into a roleplaying game similar to Dungeons & Dragons, which was growing popularity at the time. Steve then went on to build The Fantasy Trip, which filled in the gaps and added all sorts of new ideas. Jackson at this point became disenchanted with the way things were going at Metagaming and left the company. He took some of the games with him, like Ogre and started his own game company. A few years later, Metagaming went under, Steve tried to negotiate for the game, but the owner Howard Thompson want too much money, so Steve went on to design GURPS. Thirty five years later, after the copyright to his works went unused, he applied to the U.S. Copyright Office to have the rights returned to him and he succeeded. Here we are today with an all new 3rd edition of the game.

Between 1978 and 1982, my friends and I use to play a variety of games in our High School Library during lunch hour. There was an early complaint that we were gambling, because we were rolling dice, but one of our mothers came to the school and straightened Principle and the Librarian out. I have no idea what was said, but no school official ever bothered us about it again as long as we did not get noisy. Wizard and Melee were chief among those games because they were fast and easy to play. Although, we never played it specifically as an RPG, surviving gladiators often developed personalities, relationships and drama over time. A winning gladiator always had the option to let the looser live or die. Often times this was a good way to get rid of a particularly annoying rival, but not showing mercy was also good way to not get any yourself, so it was a fine line. Occasionally there would even be interesting dramas and blood feuds, at least one of which lasted a couple of years.

Okay, so now onto the review. Frankly, not much has changed from the original version, the mechanics and virtually identical to the original game. The characters have three attributes, Strength, Dexterity and Intelligence. Strength dictated how many hits a character could take before dying, how many spells a wizard could cast and how big of a weapon a character use. Dexterity provided the character with the basic to hit roll, based on three 6 sided dice. Intelligence tells use which spells a wizard can use and how many. As the character received experience points, they could raise these attributes, because of the weird way the rules worked, it was not unusual for a Wizard to have a high Strength, sometimes higher than their Intelligence. It also did not take long for characters to get ridiculously over powered, once a warrior had a Dexterity of 15 or 16 he rarely missed and a wizard with a high Intelligence and a decent Strength could put a dragon on the battle field on the first turn or throw a huge fireball down range making for whoever goes first wins type of game. Reading through the rules, I see very little that would change either of these conditions. In the Labyrinth, which is the book that provides the RPG part of the game, does give players more choices like adding Talents rather than increasing attributes, but it is not really enough to counter balance the game. Having said all of that, the mechanics do work fine for low to medium powered characters, combat is quick and fun, magic has a lot of interesting effects and you can come up with a lot of cool characters to play.

The layout, again has changed very little from the original books published way back in the late 70's and early 80's. The art has changed, primarily because Steve did not get the copyrights to any of the art from the original product. Steve did however have the good sense to hire Liz Danforth, who did much of the art on the original, to be the primary artist on his new revision. If you are an old school gamer and especially if you actually played this game back in the day, you will like this game. In fact from that perspective, you really could not have asked for a better product. Steve did not make any radical changes rules wise, he simply sanded down some of the rough edges and in designing the layout he stuck with what was there rather than going for a more modern slick appeal. If you are a modern gamer, this will probably seem simplistic and amateurish by modern standards and you would be correct about this. Steve has made no announcement about what he is going to do in the future beyond supporting the game with some new adventures next year. I suspect that if the game does well, we can expect a 4th edition with a more modern appeal to it.

Overall, I am going to give this 3. Realistically, I should give it a 2 or a 2.5, because the new edition really does not add anything to the hobby and the rules were not particularly ground breaking at the time nor are they especially interesting today. However, being an old school gamer myself and I fully remember what it was like back in the heady days of the golden age, this does have a certain appeal to me and gamers like me. I can certainly see playing a couple of games of Melee or Wizard on one of those game nights where half the players don't show. It does not happen often, but it does happen occasionally. So I am going to go with a 3 and I hope Steve does something interesting with this in the future.
at 4:45 PM No comments:

I went down a Youtube hole tonight, I did not even post a quarter of the videos I watched. I guess I must be feeling a bit nostalgic tonight, but it was fun. Maybe next Friday night I will do this again and see where it goes, maybe take some requests or do a theme.
at 8:52 PM No comments:

Ballad of the Green Berets

While I am a pacifist, this song always reminds me why I was soldier.

I really like listening to the Moody Blues before I go to sleep.

The Best of Times

I suppose everyone who knows me was expecting this one.

This is an old favorite.

Those were the days

This one I have posted before, it always makes me feel "Okay" about getting older.

This is a great song.

Hurt sung by Johnny Cash is probably one of the greatest pieces of music ever preformed. If you have never heard it, watch the video now. It is moving in many ways, and it has meaning on so many levels.

The original by Nine Inch Nails.

I am not a huge Reddit person, but I do make a couple of stops there a week to look at the Cyberpunk subreddit and such. It always kills me when someone does something embarrassing. Here is a tip for posting pictures on the internet. If your picture includes portions of the place you live, please make a visual check of the area to make sure your sex toys are out of sight. 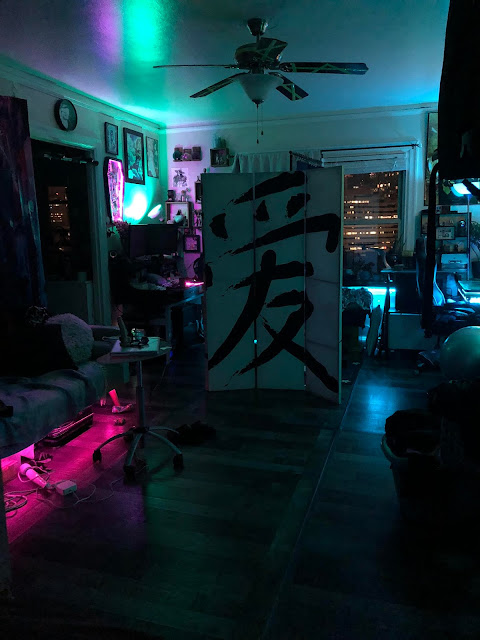 I had to work last weekend, so my boss graciously gave me a four day weekend. So now I have to find something interesting to do with my time.

Well Labor Day is here, this is generally a very depressing day for me. Memorial Day is the beginning of summer and I am always optimistic and hopeful. I mean what is not to love about summer, warm weather, cool water and scantily clad women. Unfortunately by the time Labor Day rolls around I find I really have done nothing with my summer. Heading into Fall and Winter, I really don't have much to look forward to, Oh Well, maybe next year.
at 11:49 AM No comments: