Tiananmen Square of our Time

Last night during protests in Portland, where federal forces have been deployed to quell the rebellion, a woman who has been dubbed "Naked Athena" stood completely nude in front of federal agents who were blocking a street to keep protestors from advancing. After attempting to warn her off for several minutes, the federal agents withdrew. 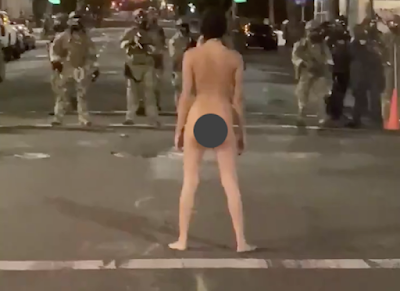 This showdown reminded me somewhat of the Tiananmen Square protests in China in 1989, that produced this bit of history. 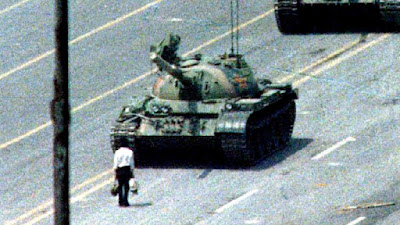 This just goes to show, what one brave person can do in the face of tyranny.