RE: My newer acquisition

Okay so, after some testing, I discovered the C128 does seem to have some problems. While it still operates fine in C64 mode, in C128 mode it locks up and when anything is plugged into the serial port, I get machine code error messages. This is likely a bad ROM chip and the system does work sort of, so I am going to set this aside for the time being and focus on the Apple IIe. 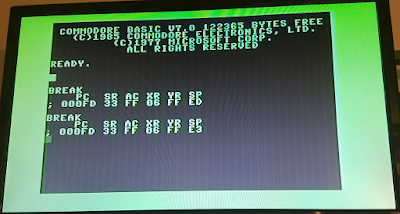 I tore the Apple IIe apart and scrubbed down the plastics with a magic marker sponge. This worked pretty well, all the grunge came off including a sticky mildly greasy film that was all over it, my guess is it came from a smokers house, although it did not smell like it. I also popped all the keys off the keyboard and put them in hot soapy water for about an hour. While keys were stewing, I cleaned the rest of the keyboard, which was surprisingly clean, it was really just a bit dusty. After that, I pulled the power supply apart, thinking maybe is was just a blown capacitor, that was not the case, ALL the capacitors were blown.

I looked on ebay and found several replacement power supplies that were tested and working, two of them were $30. The problem with those two were the sellers did not have 100% positive feedback. Now I am not a fascist about it, but if you have negative feedback, it should not be in the last 12 months and if you have negative feedback in the last 12 months, it absolutely better not be for sending the wrong part and then not replacing it or even bothering to communicate with the buyer. So both of those sellers were out, The next one was for $40 plus $12 shipping, seller had 100% positive feedback, so I went with him. I should have that by next weekend.

After all that, I pulled out the keys and scrubbed each one down with a toothbrush. Most of the crud came off in the bath, so very little scrubbing was really necessary, but I gave each key a scrub and a wipe down anyway. You can see, it is much improved over the original. 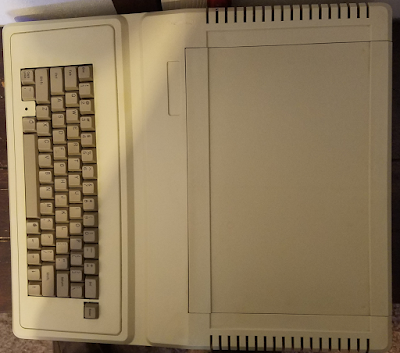